Students at work in via Saragozza 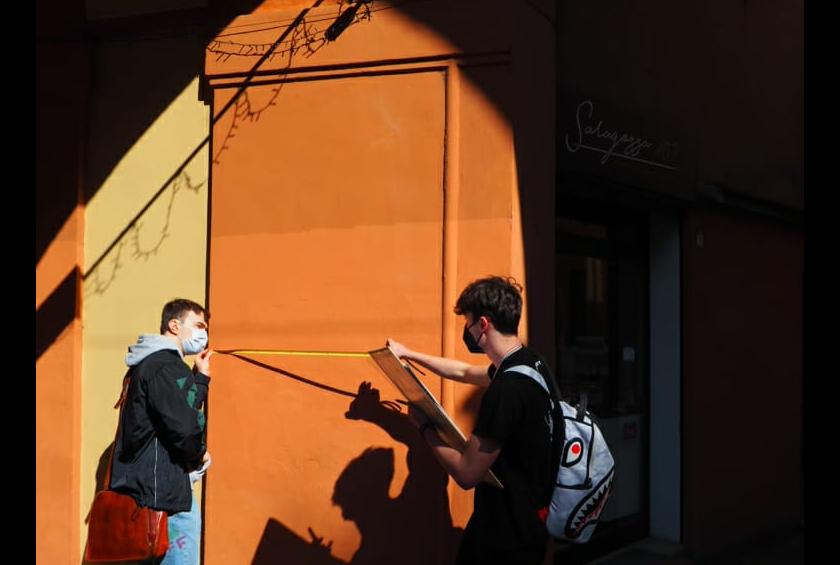 One more project included in the Management Plan of the Porticoes of Bologna is taking its first steps. It consists of the photographic survey of the internal façade of the portico in via Saragozza, from Arco Bonaccorsi to Meloncello. Its purpose is to document the current state of the portico, a very popular one since it is a sort of level prologue to the ascent to the Sanctuary of Madonna di San Luca, and to produce its digital restoration. The project was proposed by Liceo E.Renzi - Scuole Maestre Pie of Bologna and RAB Studio architectural firm.

The on-site photographic survey was carried out on Friday 23 April. A group of students from the 5th year of Scientific High School and their tutors walked under the portico, taking pictures and measuring arches and pillars. These materials will be processed with dedicated softwares, in order to obtain perspective rectification and create a photo mosaic. The following steps will be the digital restoration of the portico, through recoloring of the damaged or soiled portions. The final result will be a series of long plates in 1:100 and 1:50 scale that will be displayed in a public exhibition.