Porticoes as heritage of cultural identity in a photo exhibition 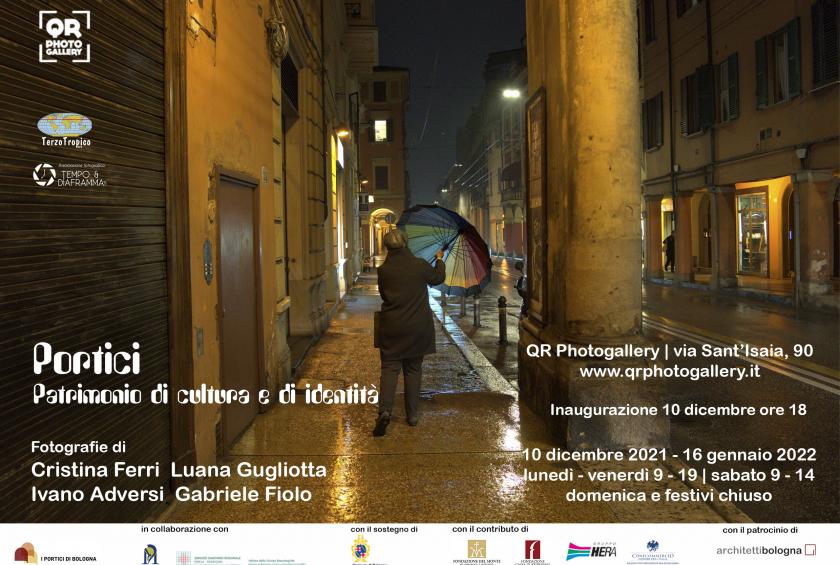 As a celebration of the reward received from UNESCO, phographic associations Terzo Tropico-APS and Tempo e Diaframma APS have conceived and set up a photo exhibition which portrays the Porticoes of Bologna from the point of view of citizens who live in them every day.

The exhibition is supported by the Order of Architects of Bologna and has been organized in co-operation with the Municipality of Bologna, Confcommercio ASCOM,  Fondazione del Monte di Bologna e Ravenna, Fondazione Cassa di Risparmio in Bologna  and Gruppo Hera.

The exhibition will be open to the public from December 10th to January 16th at the QR Photo Gallery, in via Sant’Isaia 90: look up the opening hours.