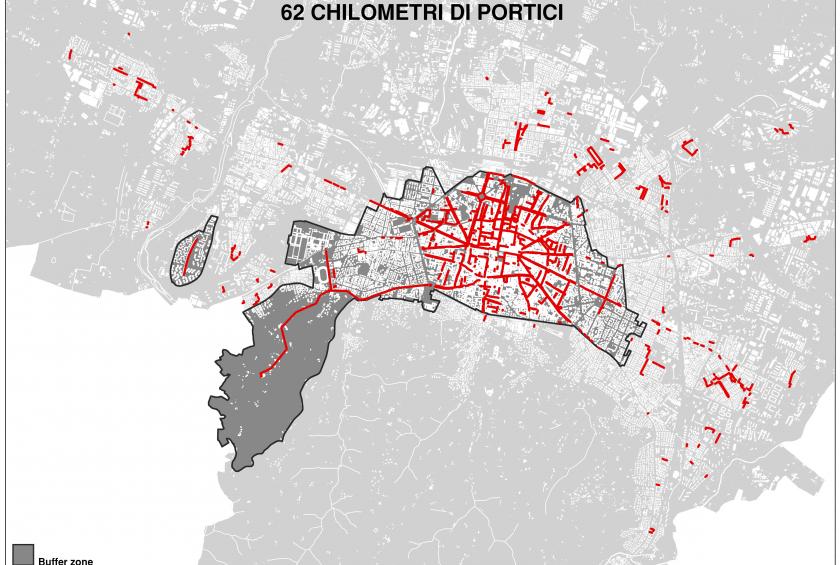 The Territorial Informative System of the Municipality of Bologna has elaborated the map of the 62 kilometers of porticoes that wind along the whole city. The result is a real eye-catcher that shows a collective heritage present everywhere, both in the center and in the suburbs. In fact 42 kilometers are located in the ancient heart of Bologna, while 20 are spread throughout the city outside the ring road.

The survey was made possible also thanks to the reports of citizens who responded to the appeal issued by the Municipality through its social profiles (Facebook, Instagram, Twitter): many sent photographs and reported the features of less known peripheral porticoes, which show that this ancient architectural typology has never been abandoned, but rather it has survived the evolutions and transformations of history. Moreover, the 20 kilometers surveyed outside the historic center are the result of a rather severe selection, since they only include the porticoes of public use, with the presence of commercial establishments, and exclude all the ones whose sole function is the access to buildings.