The Municipal Theater reinvents itself 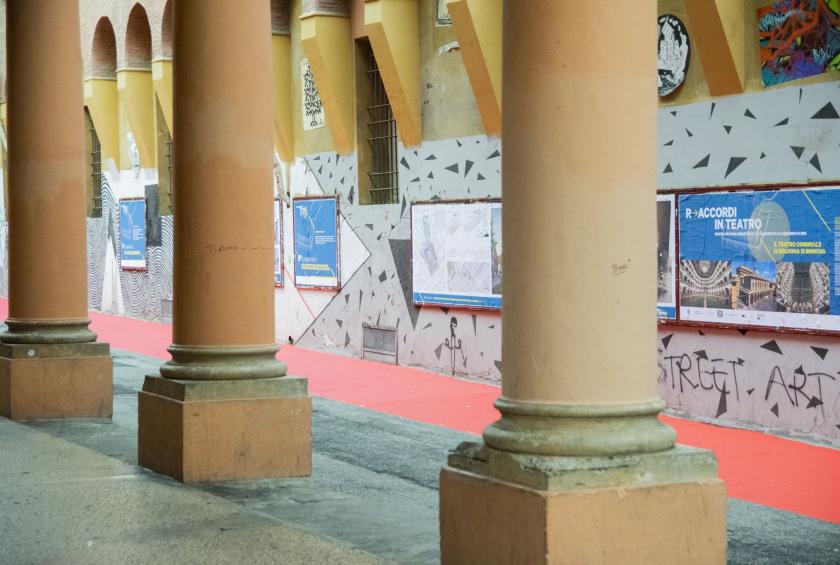 The Municipal Theater is symbolically at the center of Bologna’s cultural life: not only is it one of the musical institutions that in 2006 allowed Bologna to be proclaimed Creative City of Music by UNESCO, but its portico is included in one of the 12 components nominated for inscription on the UNESCO World Heritage List.

On November 27th, on the Via del Guasto noticeboards, an exhibition was inaugurated, showing the 5 projects selected for the International Competition of ideas "R-Accordi in Teatro" for the renewal and enhancement of the Theater, in particular of the side which overlooks Via del Guasto. The competition, promoted by the Municipality of Bologna in collaboration with the Municipal Theater Foundation, the Foundation for Urban Innovation, the Rusconi Foundation and the Association of Architects of Bologna, ended with the awarding of the first prize to Luigi Orioli's project, which includes a new façade and a new entrance on Via del Guasto, along with interventions for new functions and for energetic efficiency of the building. The goal of the Administration is to redefine the relationship of the Theater with the University area, improving accessibility and revitalising the cultural district that has the Theater as a pole of attraction, and at the same time to guarantee the preservation of such an important historical building.