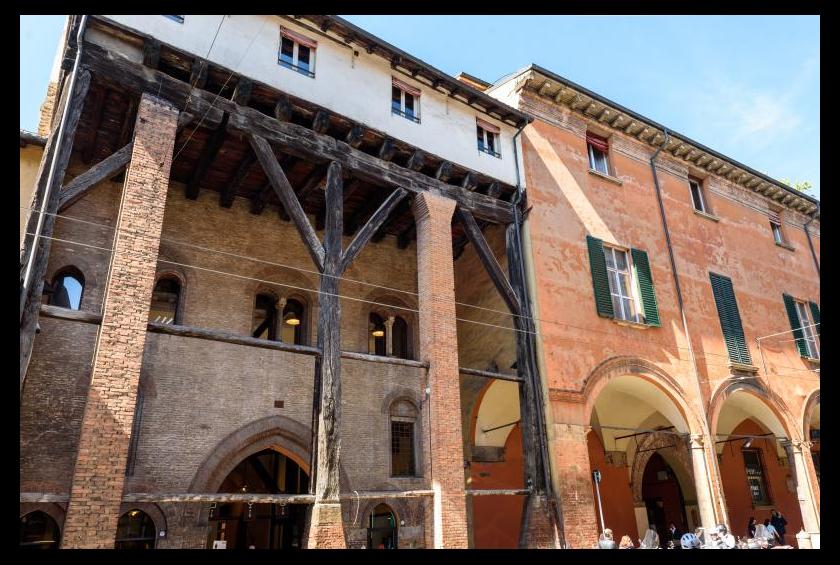 Strada Maggiore was a crucial organizational axis for the city since the ancient Roman times, but it was in the Middle Ages that it became a “mirror” or urban magnificence of the portico on both sides of the street. The documentary sources describe it as a “noble” street par excellence thanks to the concentration of seigneurial residences along it, and as a “triumphal” road because of its role as a via papalis; even today, one perceives an elevated social “tone” along the entire street. The city grew along this street axis throughout its long history and for this reason Strada Maggiore presents numerous episodes of exceptional architectural originality of the portico from the Middle Ages until the modern era that attest to its unique history. Among them are the porticoes of Casa Isolani, probably the most ancient medieval portico extant in a European city; the portico and the quadriportico of the Church of Santa Maria dei Servi; and the so-called portico of the Alemanni, an early example of the “via coperta” outside the city walls.