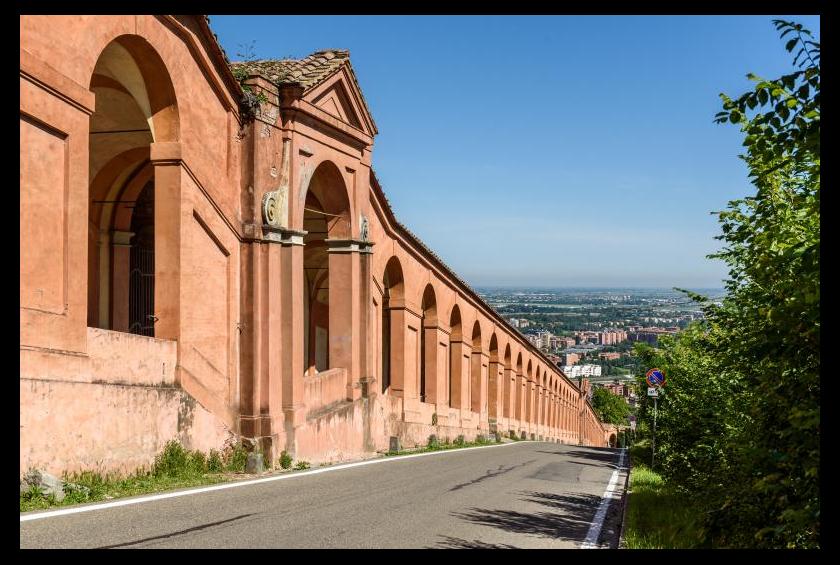 The portico of San Luca is a prime example of a devotional “via coperta” constructed in Italy during the Baroque period. The component begins in the city and ends at the Sanctuary of Madonna di San Luca, which was the end of the pilgrimage route. The ascending porticoed road, punctuated by chapels dedicated to the Mysteries of the Rosary, connects the city walls to the suburban church.

Completed in the first half of the 18th century, this is the longest portico ever created, which has continued to serve its civic and religious function without interruption for over three centuries. Moreover, in recent years the portico, whose distinctive feature is linearity, is often used by joggers and walkers, who appreciate the possibility to train and stroll also in bad weather.