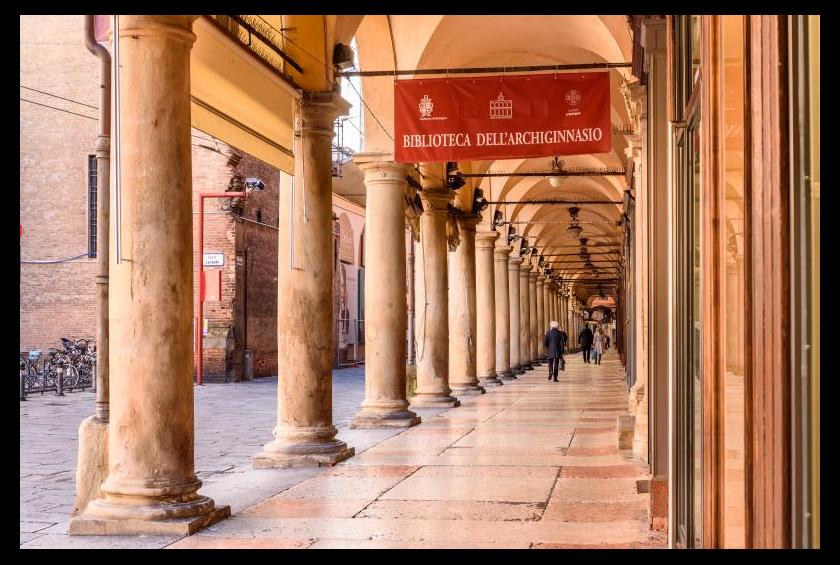 This component includes one of the most important and best-preserved public spaces of medieval origin in all of Europe, which was subsequently remodeled into a foro politico during the Renaissance, consisting of Piazza Maggiore, Piazza Re Enzo and Piazza del Nettuno, with the monumental fountain by Giambologna (16th century). The long porticoed structure of exceptional architectural value that unifies all the principal public buildings of Bologna—starting with the medieval renewal of the platea communis—through a shared formal language constitutes a monumental route whose architectural characteristics stand out in the historic city. Of particular importance here are the Pavaglione, the longest uninterrupted portico in Bologna—that of the Archiginnasio, originally seat of the University—and the porticoes of the surrounding structures that were built to seamlessly connect to it. The continuity with the past has also been preserved in its functions, which have remained essentially unchanged over the course of the centuries.