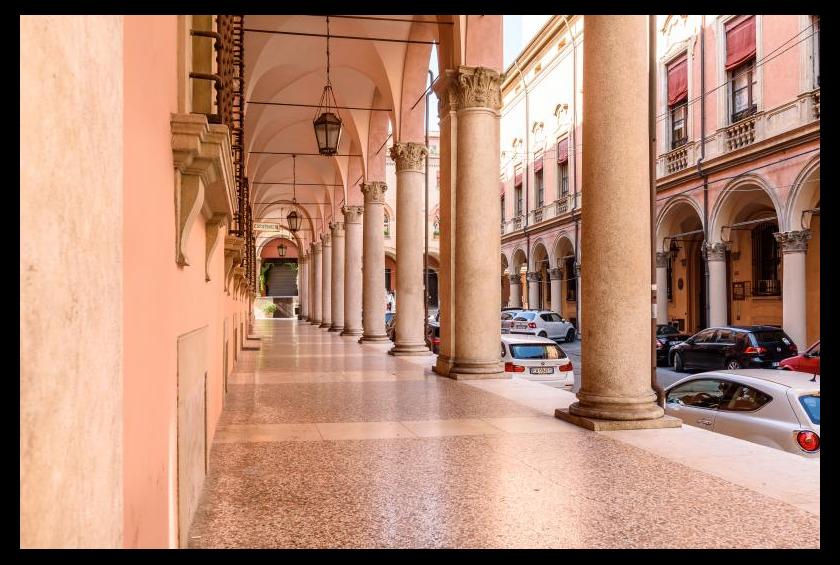 This component part includes important senatorial palaces and their porticoes lining Via Galliera, which once served as the cardo maximus of the Roman city of Bononia, Via Manzoni and the San Colombano complex, dating back to the 7th century, currently part of Genus Bononiae Museum. The 15th- and 16th-century porticoes of this component part feature architectural typologies present only in this section of the city, such as the particular use of the classical orders in Palazzo dal Monte or the reinforcement in the entasis of the columns through the use of a torus at Palazzo Bonasoni.

These features reveal the desire of the senatorial families of Bologna to make the portico a strong expressive element on the urban scene and to create a particular type of residential setting for the oligarchy in charge of the city during the ancien régime. In this context, residential palace porticoes have favoured various forms of urban sociability and have served as expressions of family prestige and magnificence that has persisted over time.