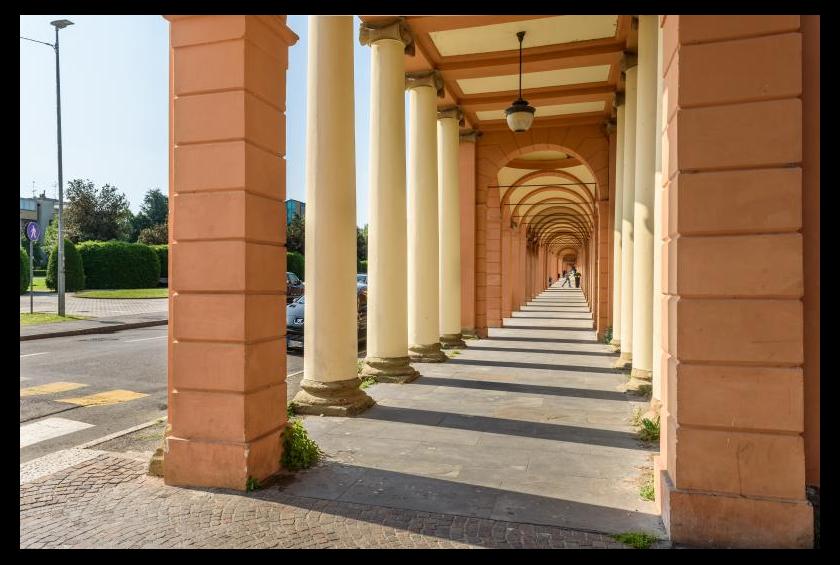 The long, straight portico that branches off the portico of San Luca toward the cemetery of the Certosa is a unique example of a sepulchral portico of the modern era. It was designed after the Napoleonic edict of Saint-Cloud on the model of the ancient Roman sepulchral roads, but with the addition of the “via coperta” typical of Bologna.

The component includes the historic section of the Certosa, a monument of great international importance in terms of its art and long and complex history. The internal porticoed cloisters dating from the Renaissance period were recognized from the Napoleonic era onward as befitting a modern Bolognese necropolis.