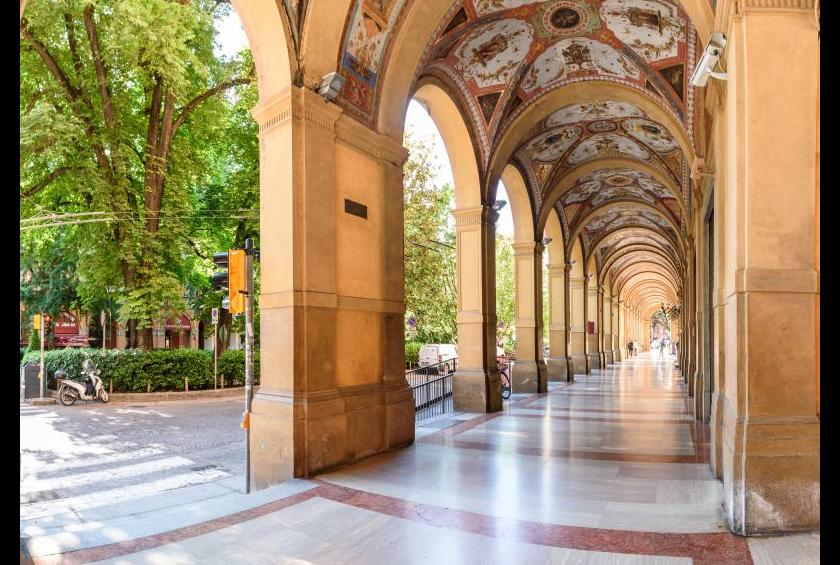 The component includes significant porticoed buildings around Cavour and Minghetti squares. Even after the Unification of Italy, Bologna continued to construct porticoes on both public and private buildings, which were designed in congruence with the architectural principles and regulations of the medieval Commune. More than in any other area of 19th-century redevelopment of the historic city, this section presents the reinterpretation of the portico on the basis of well-established architectural models, which accommodated the more modern social needs and lifestyles, but without losing a connection to the historical tradition. In particular, the area of the eminent financial and commercial structures built along the modern axis of Via Farini became an architectural nexus with a clear historicist overtone. Here, the portico assumed a bourgeois and seigneurial tone quite distinct from that of its surrounding area, becoming a model for the design of porticoed commercial quarters in the late 19th-century European city.