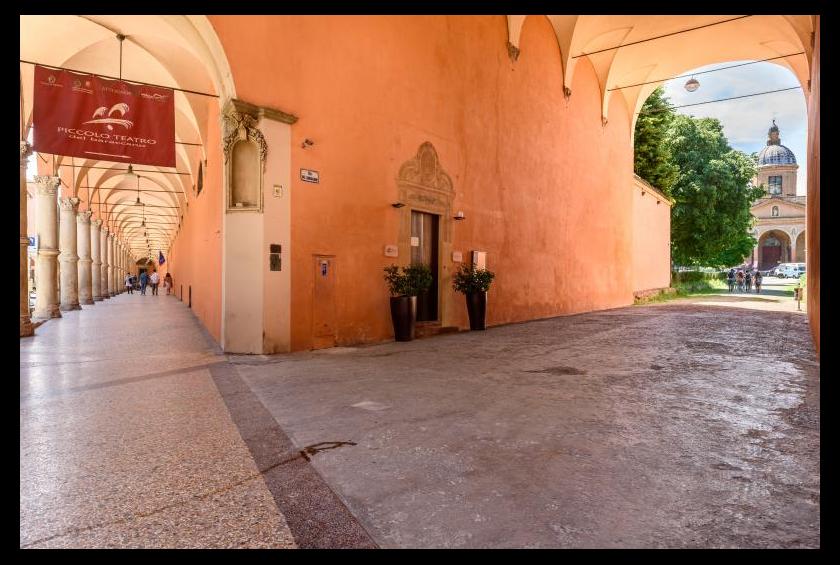 This component includes a series of porticoes that intersect at different heights, constructed between the 16th and the 17th century not only to produce a series of covered paths, but also to deliberately create an urban environment characterized by multiple perspectives and telescopic vistas with a strong scenographic character. These were subsequently noticed and studied by various travelers during the ancien régime. The earliest social function of these porticoes was public welfare; the modern function as a “civic center” of these same buildings is equally inclusive and open to public participation.

The Sanctuary of Santa Maria del Baraccano is linked to the portico along Via Santo Stefano by the so-called “voltone del Baraccano”. This great vault was built to create a visual and spatial connection between the portico of the home for the poor and orphaned girls and that of the Sanctuary.