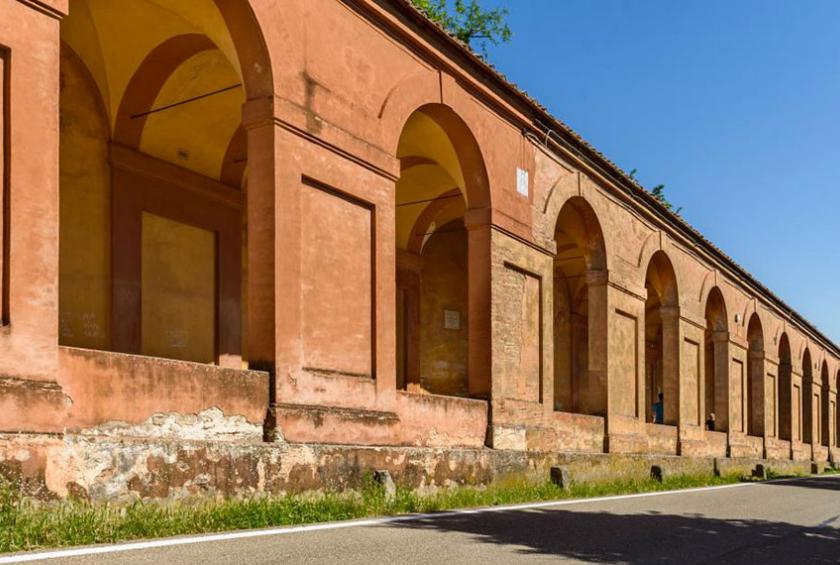 The Municipality of Bologna steps up the pace towards the nomination of the city’s porticoesto UNESCO World Heritage List. The Mayor Virginio Merola has set up a technical working group within the administration that will take care of the preparation of the dossier that in two years will bring the nomination to the final response of the International Council of Monuments and Sites of Paris (ICOMOS).

Since 2006, the porticoes of Bologna have been included in the Italian tentative list of candidate sites to be included into UNESCO World Heritage List. During these years, study and promotion work was carried out on the project that involved the whole city, and now the time is ripe to submit the nomination to the final evaluation phase.

In this last decisive phase, tcono give the nomination the maximum impulse, the technical work group will take advantage of the consultancy of LINKF Foundation for the drafting of the dossier. LINKS foundation is a non-profit entity that operates internationally in the field of applied research in engineering and architecture, focusing in particular on territorial and environmental issues, as well as information and telecommunications. It specializes in particular in the preparation of management plans, application files and enhancement projects and has already successfully completed some UNESCO nominations.

The proposals made by Italy are evaluated with particular severity by ICOMOS and UNESCO: Italy is in fact the country with the largest number of sites enlisted in the WORLD HERITAGE LIST ( WHL ) amounting to 55 on a par with China. Since 2018, each member country can submit only one nomination and this is why the first difficulty to overcome is to become the officially nominated Italian CANDIDATE SITE.

The sites are registered in the WHL only if they prove to have an exceptional universal value (OUSTANDING UNIVERSAL VALUE - OUV) responding to at least one of the ten criteria identified by UNESCO.

In the Dossier, prepared by the Municipality with the advice of LINKS, an attempt is made to demonstrate that the Portici di Bologna can be declared a World Heritage Site because they meet 2 of the 10 requirements set by UNESCO :

At the same time we are also working on the specific definition of " OutstandingUniversal Value" with reference to the porticoes: their pervasive presence throughout the city, 62 km that extend both in the historic center and in the suburbs; the secular legislation; the state of conservation; their daily use that allows people to meet and know each other.