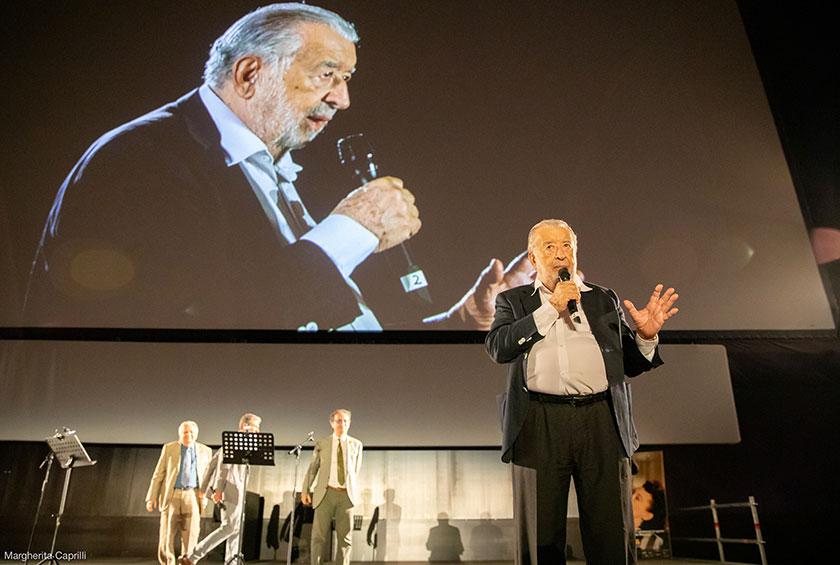 On July 23rd, as part of the festivalSotto le stelle del cinema 2019, on the occasion of the screening in Piazza Maggiore of his film Noi tre, the Bolognese director Pupi Avati told of his relationship with the porticoes of the city, nominated to theUNESCO World Heritage List. Avati, a member of the National Commission for UNESCO, enthusiastically supports the nomination, which is now in the pipeline, as confirmed by the Assessor for Urban Planning, Valentina Orioli. In fact, in September the draft application file will be sent first to the Ministry of Cultural Heritage and then to Paris, to the UNESCO headquarters.

Avati narrated episodes of his childhood, in particular concerning the portico of San Luca, but it is the whole of Bolognese porticoes that provides something extraordinary and absolutely unique, lived and loved primarily by citizens and which deserves to be acknowledged as a heritage of all the world.

Before the film by Avati, the short film Guida per camminare all’ombra was shown.Directed in 1954 by Renzo Renzi, it is a documentary that illustrates the history of the extraordinary development of porticoes in Bologna from the Middle Ages to the present and their role as a place of exchange and meeting.