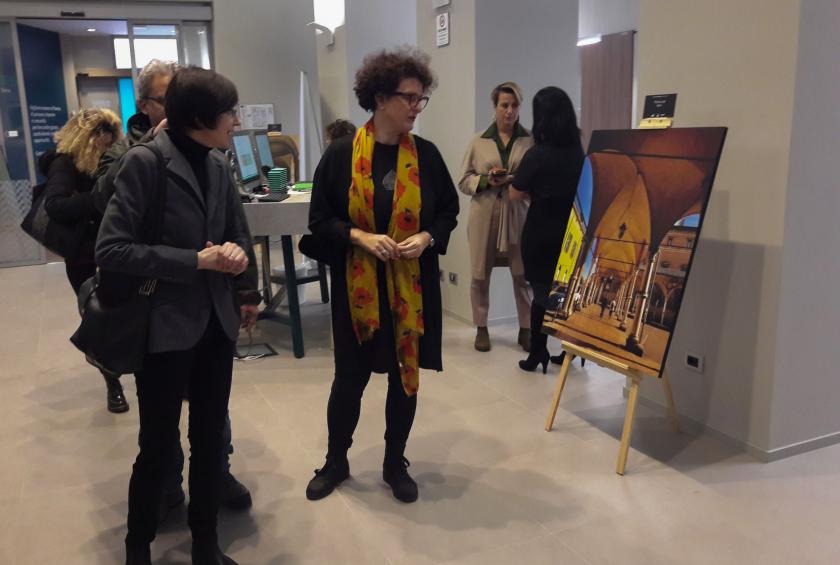 Until December 5, it is possible to visit the photographic exhibition by Marta Ciotti "Portici di Bologna", promoted by ASPPI Bologna (Association of Small Real Estate Owners) in collaboration with BPER Banca di Bologna and under the patronage of the Municipality of Bologna,which was inaugurated  on November 14th

The exhibition is one of the initiatives supporting the nomination of the Porticoes of Bologna to  UNESCO World Heritage List and it consolidates the commitment of ASPPI, promoter of the "Progetto Portici", which has allowed to restore and maintain the historic paving of the porticoes in 101 apartment buildings.