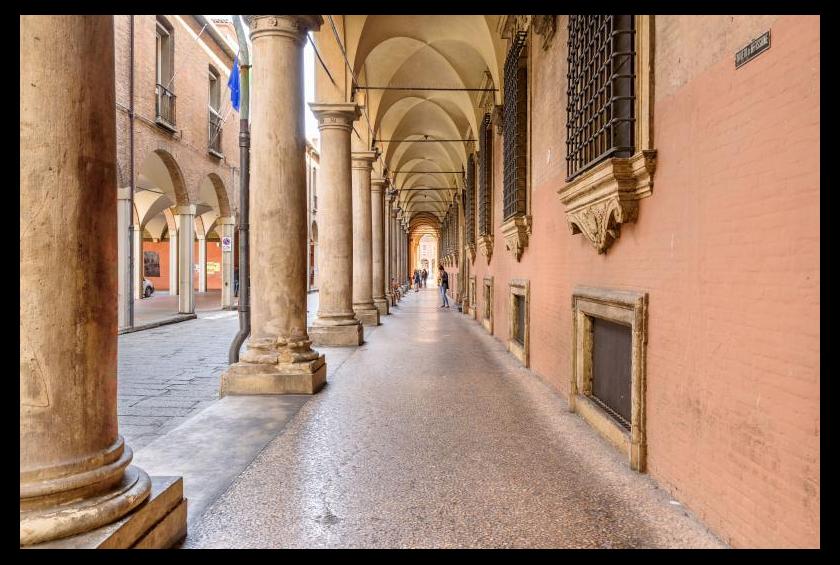 The component includes important academic structures with porticoes, such as Palazzo Poggi, the Accademia di Belle Arti and the Pinacoteca Nazionale di Bologna (former Jesuit Novitiate and church of Sant'Ignazio dating back to the 18th century), to highlight the historical value of a street that has served as the centre of the city’s student life for over 200 years.

The modern infra muros urban campus of Bologna dates to the Napoleonic era and its nucleus corresponds to the boundaries of this component part; within it are the principal academic buildings with porticoes. The design of porticoes as a key attribute of Bolognese university architecture harks back to the mid 16th century, when it was considered an all’antica re-elaboration of medieval precedents and a re-evocation of classical models. The current university “city” has sustained this design model, identifying the portico as the most potent carrier of symbolic valences diffused throughout an entire section of the city. The importance of the University in the spreading of knowledge all over the world gave a strong impulse to emulation of portico models at the international level.