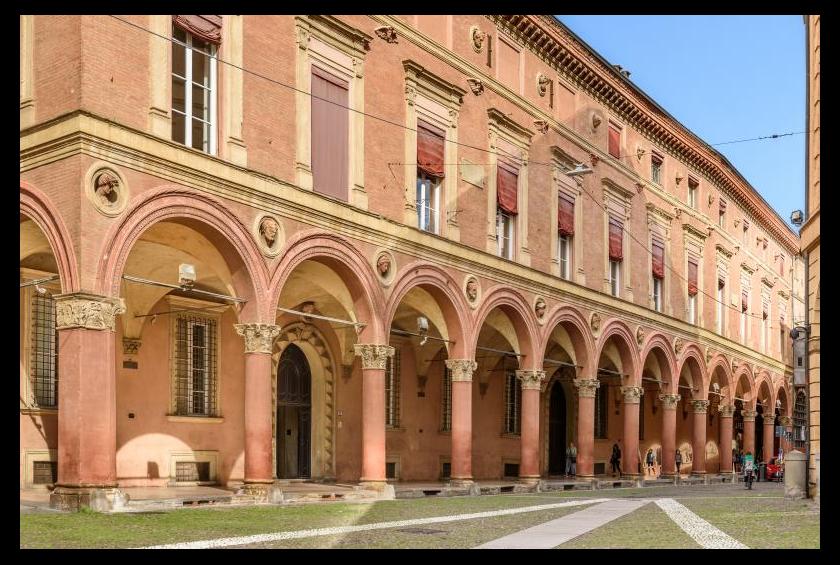 The component includes the Basilica di Santo Stefano and the surrounding architectural fabric of the piazza as a whole, emphasizing the relationship between the senatorial residential function of the palaces and the public function of the square, which is mediated through the portico. The 14th-century Palazzo della Mercanzia is also included, with its monumental loggia displaying a portico of exceptional architectural value.

The porticoes of the late medieval and Renaissance palaces included in this component are the expression of a highly refined architectural culture both in terms of their overall design and with regards to the individual all’antica architectural elements they feature (such as columns, bases, capitals, vaults, etc.).

The residential, commercial, and religious functions that take place in this component have remained unchanged for more than 800 years. In particular the Palazzo della Mercanzia is still the seat of Camera di Commercio (Chamber of Commerce, Industry, Crafts and Agriculture of Bologna).