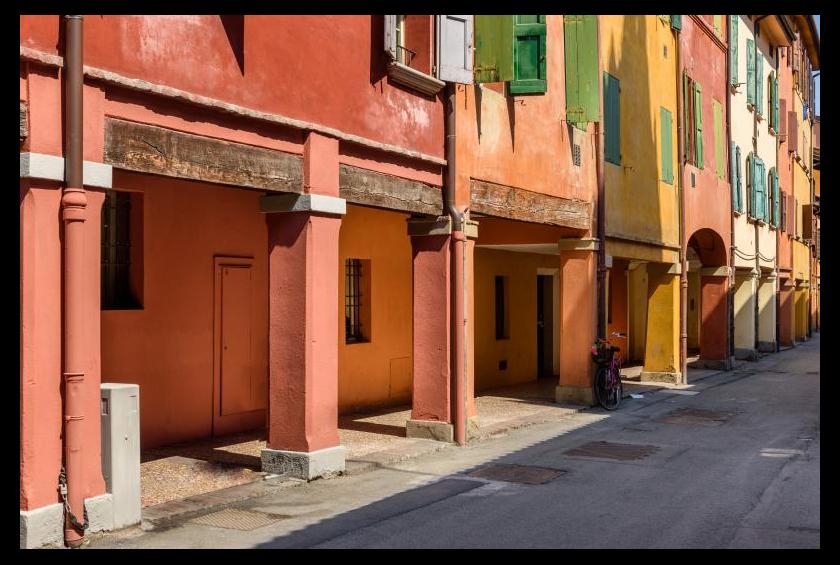 These are the porticoes of a series of minor residential buildings (public housing consisting of small domestic spaces) that have retained their original typological and structural imprint in a social context that has also remained “popular” and artisanal in character, not having undergone changes through gentrification.

The architraved porticoes of Santa Caterina are a rare and precious testament to one of the most ancient monastic allotments planned in one of the most dynamic European cities of the Middle Ages. These fragile structures, which survived the disembowelment of this area in the 19th and 20th centuries, were carefully restored thanks to the celebrated conservation plan for the historic center of Bologna that came into effect in 1970. Since then, they have been recognized internationally as a model for safeguarding the historic residential patrimony.

The component part includes the entire architectural matrix of a medieval city block. The porticoes and the lot behind them trace their enduring function as residences for the common-folk to their medieval origins. The typically narrow Gothic structures were expanded towards the street to increase their volume. The portico is a sort of filter space between the street and the shops on the ground floor and in close relationship with the inner courtyards. These relationships are still clearly visible today.